This three room log house sits north of Highlandville, IA along beautiful North Bear creek.  Built in the late 1850s, it has remained in the same family since it was built, and its latest iteration of caretakers intend on keeping it that way.  Fortunate enough for the house, I guess, as anyone who’d buy the place would demolish the thing in a minute, but unfortunate in that it sits abandoned and in desperate need of a new roof.

Norwegian-built three room houses were seldom executed in log, so finding a place as intact as this is quite special (!!!).  The original three room core is hybrid half frame and half log and is something I’ve never come across before.  The main room or stue was built of log while the adjoining stairway, pantry and sleeping room (the other two rooms of the three room plan) are frame construction.  All three rooms of the house were built at the same time.  The framed part is likely a hybrid of heavy timber construction infilled with conventional 2×4 studs and done very similarily to the stue/forstue two room plans of the Haugen Hill House or the Middle Calmar House.

The house also has a very unique (and rare) attached summer kitchen with breezeway, which I honestly know very, very little about.  The interior of the house remains largely original and intact:  the ceilings are finished in bead board wainscot, paneled doors with late 19th century external hardware, fir floors, 2/2 windows with original interior trim, etc, etc, etc. 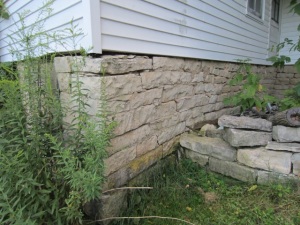 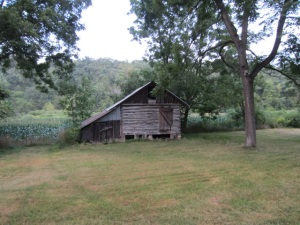