Here’s a very primitive house with a purlin and ridgepole roof.  This place sits just south of Decorah near the village of Nordness.  I located it a few years back and returned just recently to get some better photos and drawings.  A holdover tradition from Norway, this type of roof system is rarely found here in northeast Iowa.  I’ve located six buildings with such roofs, and estimate it occurs on less than 5% of (surviving) houses.  Bulky and able to support a lot of weight, this type of framing would have been used to support an earthen roof.  The settlers who constructed this house likely didn’t intend to put a green roof on it, though, but merely built their house with it because it was what they knew to do.  This type of roof would have been discontinued quickly, meaning it was likely built within the first few seasons of the first Norwegians’ arrival beginning in 1851.

Unfortunately the roof was not maintained, which has resulted in one whole side of the building rotting away.  Which is too bad, considering its significance as a superb example of a primitive building tradition and an early example of Norwegian-American settlement. 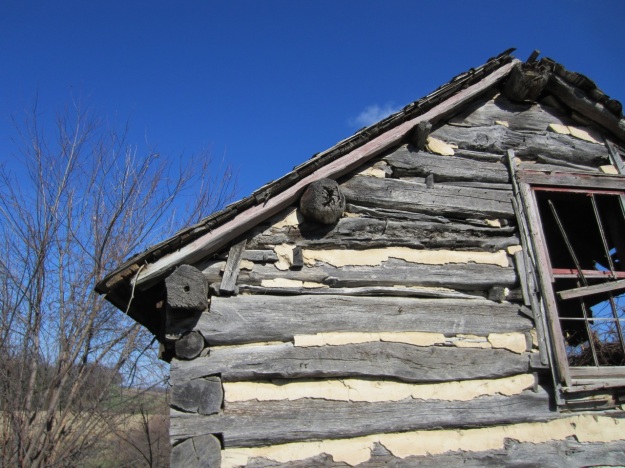 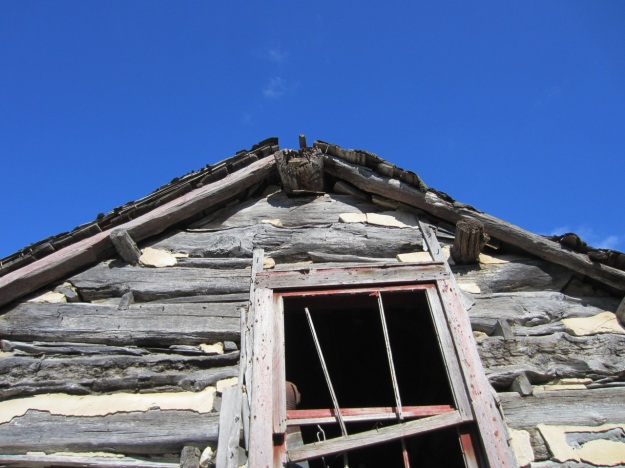 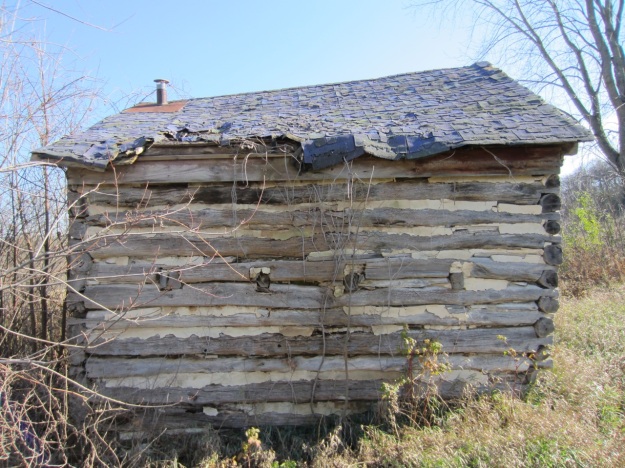 west elevation, notice the four floor joist pockets and joist butts. the joists measure 4″x6″, three are oak with one another species, and all are hand planed and chamfered

1 thought on “house with a purlin and ridgepole”