as i mentioned in the previous post, houses with purlins and ridgepoles are quite rare.  of the six houses i’ve located with this type of roof, four were one room plan, while the other two the larger three room plan.  below are photos of the five buildings.  for most examples i’ve included two photos- one of the exterior and one taken from inside the attic. 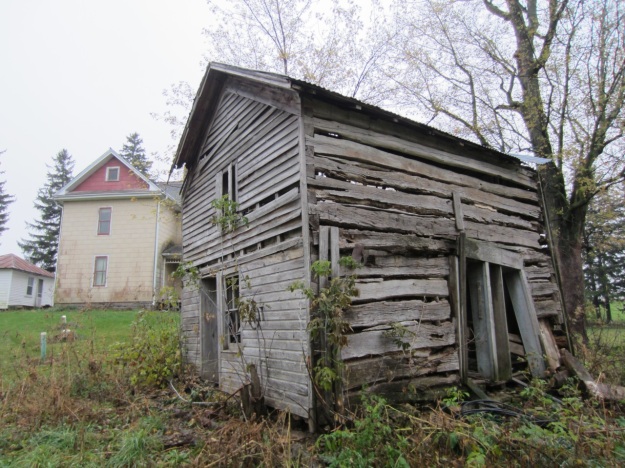 located in houston co, minnesota, just west of the town of spring grove. house has six purlins and a ridgepole. 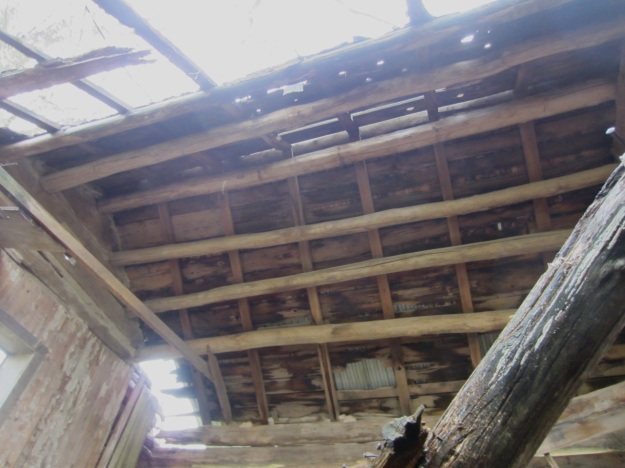 inside, looking southwest. house has six purlins- three on each side, and a ridgepole

located south of decorah in springfield twp. house is three room plan, with the larger room log and the two smaller rooms framed. the house is built of eastern white pine with logs extending to the gable peaks with two purlins and a ridgepole. 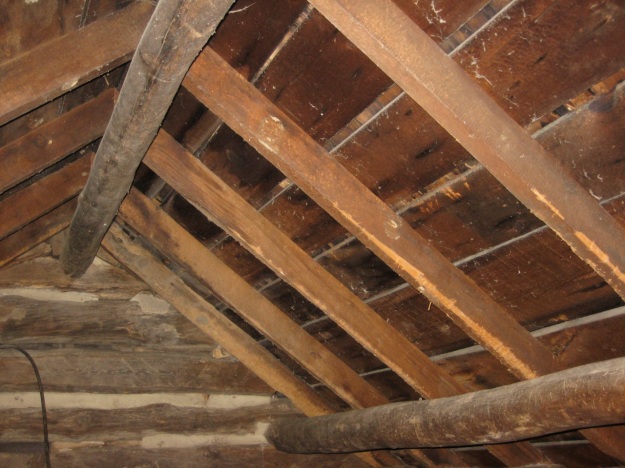 a weird place: a bulldozer project till it was discovered the back half was log. the house is built almost entirely of eastern white pine. notice the butts of four purlins and a ridgepole.

svalgang stue: left lean-two an original entry porch or gallery- a very rare plan. log core is a full two stories in height with an attic above. the house originally had four purlins- two butted against each other on each side of the roof. in the way of getting into the attic, its occupants cut out two of them, leaving the other two in place.

inside svalgang stue. purlins were originally paired together but were later cut out. the staircase to the attic was directly below, limiting head height. notice hewn 3″x5″ oak rafters and hand planed floor boards

overland house: three room akershus plan. six purlins without a ridgepole, all oak. the walls are mostly oak with mixed in white pine and red elm. 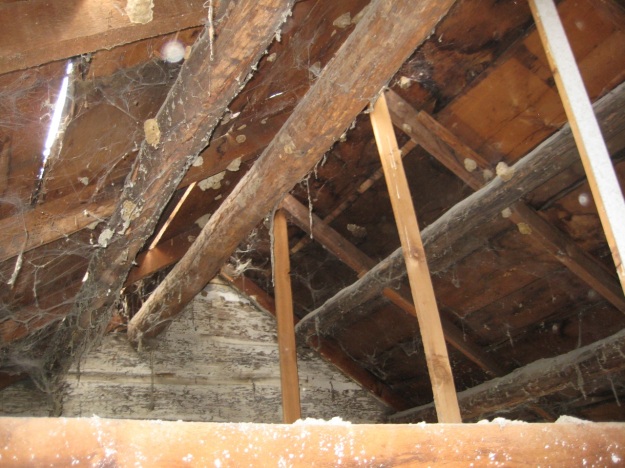